New concerns have arisen over the structural integrity of Aloha Stadium after a fan reported a crack below their seat at the University of Hawaii football game last Saturday against Fresno State.

A Rainbow Warrior fan was sitting in the orange section of the stadium when he noticed this large crack below his seat with a piece of metal dislodged. 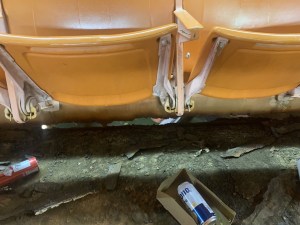 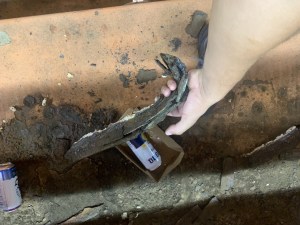 A report released to the public in January echoes these pictures, stating that “The findings of the 2018 survey indicate that approximately 200 weathering steel members are presently categorized as either CS3 or CS4, which means that these members exhibit severe corrosion.”

Building structural engineer Lance Luke wasn’t overly concerned about the cracks photographed Saturday but is worried about the report.

“I think the general public if they don’t understand engineering terms or how to read the report just go back and look at the photos.” Luke said.

“Those photos are very alarming to me a lot of corrosion, a lot of rusted areas. There’s corroded, structural members. Some of the bolts are missing. Some of the weld joints are separated, and it’s kind of scary.”

Aloha Stadium released this statement in response to the pictures taken Saturday:

Luke said that the report was good, but wasn’t conclusive enough to determine if the structure is safe.

“If you read the report, not every item was inspected. Out of 30-40 beams, 9 were inspected so that report although it’s a good report it’s not conclusive it doesn’t have enough information to make a determination.” he opined.

The January report stated that the stadium is in need of $30 million in repairs over the next two years to remain operational. Many think the expedited nature of the New Aloha Stadium Entertainment District is warranted, with a 2023 target opening date.

“We have to have a new stadium.” said former Honolulu mayor Mufi Hannemann.

“I appreciate the hard work and preparation that (Aloha Stadium Manager) Scott Chan and his staff have been putting into it but money is tight, budget is limited, and it will just be cosmetic fixes.”

The NASED is scheduled to break ground in late 2020. The public comment portion of the new development closes on November 7th. To voice your opinion, click here.

Refined Real Estate has tips for buying and selling

Lane closures on Kili Dr. in Mākaha for valve repairs

Best gifts for every grandpa

LIST: Best manapua spots to check out on Oahu