Stellantis is going about electrifying trucks in a different way than Ford or GM. Rather than only rolling out a line of full battery electric trucks to keep selling alongside its gasoline models, it will also produce a range-extended Ram electric truck to fit into a middle ground that could get more people to plug in.

In a Q&A session last week at CES, just after the reveal of the Ram 1500 Revolution BEV Concept—and a confirmation of the range-extended truck—Green Car Reports asked Stellantis CEO Carlos Tavares about how such a model fits in versus tighter new regulations from California and the EPA.

The CEO’s answer didn’t reveal anything about the truck, but it arrived at a clear point: It’s part of a plan to move fast.

“What we are seeing all over the world is that you cannot wait for regulations; we need to run faster than regulations,” said Tavares.

That’s a notable about-face from Stellantis’ predecessor, Fiat Chrysler Automobiles, which opted to pay fines for missing fuel economy targets in the U.S. and spent hundreds of millions of dollars buying emissions credits from Tesla for compliance in Europe

The CEO continued with a reality check: “There is going to be a point in time where you may ask the question: Could we, should we, allow this operation to operate if they are not carbon neutral?”

Tavares pointed to Euro 7 regulations, and how regulators didn’t follow expert guidance on how quickly the industry could respond and gave companies such a short timeline to comply. At this point, he says, he has wound down lobbying activity and is simply trying to go faster than regulators.

“The conclusion I get from this is that we just need to move fast,” Tavares said.

Moving fast gets complicated for Stellantis, which has 14 vehicle brands and two mobility brands, all with different markets and price points. 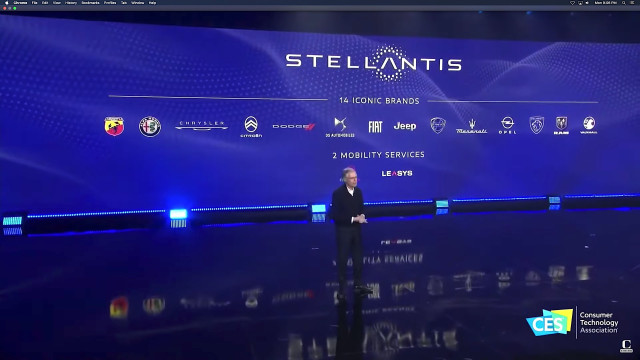 That leaves global full-line automakers with large manufacturing footprints, such as Stellantis, with a dilemma.

“You cannot pass that percentage to the consumer; it’s much too high and you are going to lose,” said Tavares. “The other direction is you sell at a loss to protect affordability, and you need to restructure your company. Wrong direction.”

“So the only direction that is left is to absorb as quickly as you can the 40% of additional costs, so that you can protect the sustainability of your company by protecting the premium margins,” Tavares explained. “And at the same time you protect the affordability for the middle classes to be able to buy significant volumes of EVs that will then contribute to fixing global warming.”

Tavares suggested that in this race to electrify, automakers face multiple manufacturing issues tied to vehicle affordability, manufacturing cost, and the cost structure of batteries, which is indexed on the volatile cost of raw materials.

The CEO last year said that the added cost of manufacturing electric vehicles was “beyond the limits” of what the auto industry could sustain. On the battery front, the situation hasn’t gotten appreciably better. Global EV battery costs surged by 7% in 2022, breaking a longtime trend showing predictable improvements in affordability each year. Bloomberg New Energy Finance (BNEF), which compiles the annual index of battery costs, doesn’t expect battery costs to start dropping again until 2024, when more lithium mining and refining capacity will come online.

Some of this might be solved by looking at the batteries themselves, and their weight, the CEO argued.

Looking at battery cell chemistries under development, the potential to double the power density by the end of the decade would provide serious progress.

Tavares also pointed to the future optimization of EV batteries, skipping the battery pack entirely and taking the modular platform approach to its next step.

“Today we are making boxes, and then we bolt the boxes to the chassis,” he said. “By far, this is not optimized in terms of engineering, so there will be a step of progress where you are going to package your battery modules directly in the physical platform, in a way that is going to be more efficient from a pure architectural perspective—with less tradeoffs in the height of the vehicle, for instance.”

When you do that, Tavares argued, EVs with the same range as an internal combustion vehicle only weigh about 500 pounds more, which helps with other efficiency and manufacturing aspects.

Stellantis could get some of the way there within a few years. One potential path is its investment in the solid-state battery-tech firm Factorial Energy, with production-level cells from that company potentially providing a 50% boost in energy density as soon as 2026.

In the shorter term, the company is up against a challenging set of economic factors in 2023, Tavares summed, as the industry ramps up supply and recovers from the semiconductor crisis while facing higher inflation in costs and energy—all while the CEO feels there will be renewed downward pricing pressure from the market.

Why isn’t greening the grid first?

Tavares believes that clean energy is the common denominator, and that regulators aren’t listening to automakers, or taking into account the pace at which the grid can be greened in some nations or regions of the world.

“The sequence in which we should be addressing this issue is quite clear,” he outlined. “Start with the longest and most difficult part, which is energy, then make sure you are investing in infrastructure in a coordinated way with the guys who are supposed to be selling EVs.”

Otherwise, he argued, you’ll be selling expensive EVs in some parts of the world by regulatory necessity before you have the infrastructure or a significant amount of clean energy.

As Green Car Reports has emphasized, that’s already not the case on the clean-energy front in the U.S., considering the grid. The vast majority of Americans live where driving an EV produces lower emissions than driving a 50-mpg gasoline vehicle, and the payback is short for the additional CO2 emissions to build the EV. A UCS analysis of the F-150 Lightning last year found the electric truck to be the emissions equivalent of an 85-mpg gasoline car. 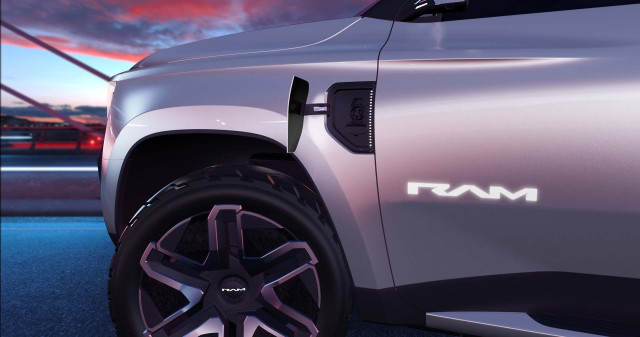 Will Ram’s range-extended truck provide an even better solution, one that will prompt drivers to use plug-in energy the vast majority of the time but quell anxiety about serious towing and hauling ability to be used once in a while? These are questions that can’t be answered until Ram reveals that truck in detail. For now, Ram is due to reveal specs for the fully electric truck within a few months, with sales due in 2024. Expect the range-extended truck to arrive soon after that.

Stormy weather to spread to west end of island chain

WSL championship trophy to be named after Duke Kahanamoku

After winning The Eddie, Luke Shepardson goes back …

Maui firefighter swept out to sea is in critical …

Phishing as the top scam type in Hawaii

You need to carry this life-saving drug at all times

Pope Francis: Homosexuality is not a crime