UH HAS A NEW COACH

UH HAS A NEW COACH

Send us your news tips
Sponsored By

Large surf continues to roll into north and west shores

Pedestrian dies after accident on H2 northbound on Oahu

Female, 27, allegedly attempts to rob four male victims of their cellphones in Kailua

Is end in sight for COVID-19 pandemic? Dr. Fauci weighs in

French soldier dies in attack on anti-insurgent base in Mali

Pope calls for day of prayer for peace for Ukraine

Police: Truck with 100 monkeys crashes, some of them missing

Judge apologizes for wishing jail on man with weedy yard

Baby orangutan being bottle-fed, which intrigues others

Waffle House has ‘secret’ system for keeping track of your order

Does omicron cause loss of smell or taste?

Hawaii's Kitchen on the Road: Infinitea

What are the responsibilities and liabilities of nonprofit board members?

How to form and maintain a nonprofit corporation

Show us your holiday lights

Marine Corps to deactivate Hawaii battalion after 80 years of service

Large surf continues to roll into north and west shores 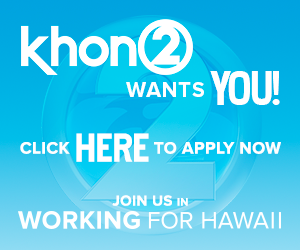